Steve Hollingshead has been walking the streets of London with his b/w film camera for over a quarter of a century, trying to capture the more positive aspects of a major global city, as represented in its huge variety of multicultural, arcane and creative public celebrations.

Over this period he has amassed over 160,000 images, the vast majority of which have never been publicly presented. Over the past few years, Hollingshead has been revisiting his archive and devising new and unusual ways of presenting his work in public and online places that, he hopes, presents both his archive and his city in a relevant and positive light.

This website showcases five ambitious projects – each of which are at various levels of completion – and will be periodically updated as and when the individual projects progress towards fruition.

Since the start of the Millennium, Hollingshead has photographed almost 750 different events across the capital. In order to better manage the almost overwhelming variety of activities, he has created 14 themed categories and allocated each event to the most appropriate theme.

Collectively the project demonstrates how ‘multiculturalism’ in its broadest interpretation succeeds in bringing Londoners of all persuasions together with their shared interests and beliefs. 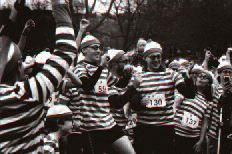 During research for the London in Common project, a number of recurring themes began to emerge coming out of the archive – both in and around the events recorded over the years – in which a seemingly inconsequential image becomes something more quirky and visually challenging in its own right when rearranged into a separate group with alternative context.

Hollingshead plays with some of those themes in a project that acts as an occasionally irreverent counter to the social documentarianism of most of his other work. 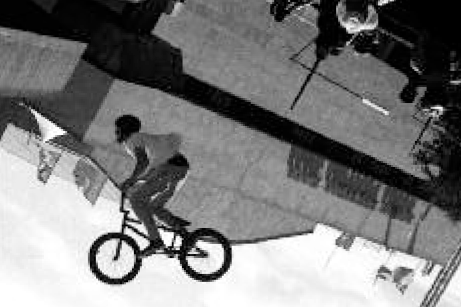 AROUND THE CITY IN 80 FESTIVALS

A chronological run through some of London’s most iconic and idiosyncratic events presented as a 40-minute slideshow, originally commissioned by the Mayor’s Office as part of a cultural contribution to the large screen presentation of the 2012 London Olympics at Potters Field Park, with an original soundscape by Tim Peach at Momo:Tempo.

The project was revisited in 2020 as a ‘virtual’ contribution to the summer’s Great Get Together celebration, with both images and soundscape extensively revised and updated.

An exhibition and daily blog featuring 1001 photos – each one taken on a different day over a 20-year period (and selected retrospectively). The gallery exhibition presents all 1001 photographs arranged randomly as a ‘wall’ of images with just the image’s date for information.

For the 1001days In London blog site, one of the pictures is chosen at random, described and illustrated with other related images and enhanced with links to (mostly) relevant additional information. Over half of the photos have so far featured in the blog. 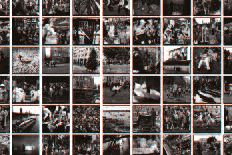 END OF THE CENTURY

A nostalgic look back at the last half-dozen or so years of the 20th Century: a period during which advances in digital technology had begun to revolutionise the print and graphic design industry, but hadn’t quite yet made an impact in the photography world, where the film camera was still king.

So, an opportune time, then, to become more enthusiastically engaged in black & white street photography as creative compensation for the sudden decrease in fulfilling (and rent paying) design projects. 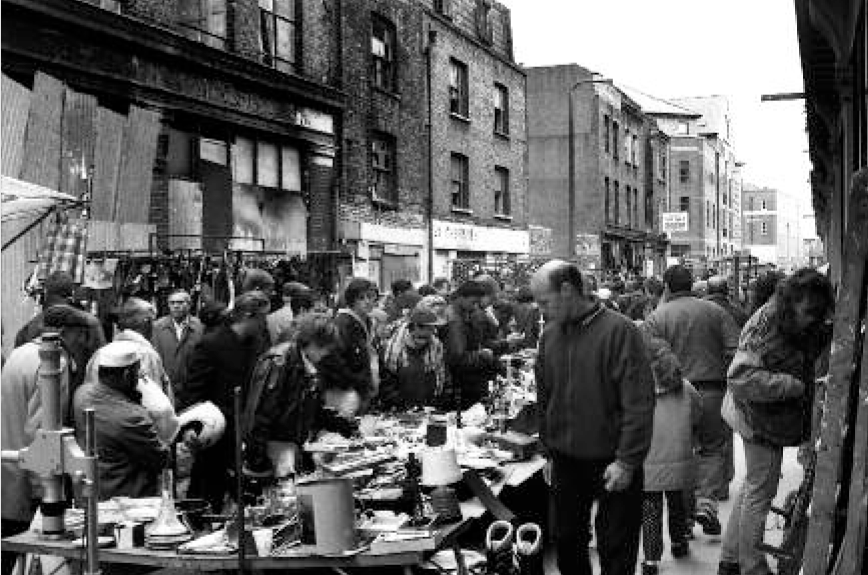